We are in a period, again, where migrants, foreigners, refugees are words tarnished ‘dirty’ and ‘negative’ by the media and harboured by politicians for political gain.

Subscribing to the fundamental principle of Indian philosophy and classical arts of the cyclic phenomenon, where there is no beginning or an end, internationally acclaimed Kathak artist, Amina Khayyam seeks to reach out to the same ‘migrant’, the same ‘refugee’ and the same ‘foreigner’ who dares to lay claim that we are all but refugees of that cycle, and questions how we have become territorial of our habitats.

Incorporating Nritta (pure dance) and Nritya (expression of narrative), the kathak uses costume, movement, space and music to capture the first beat of that cyclic time and nest it until it becomes the ‘one’ again

Creatively produced by zeroculture in association with The Artta, made at Brunel Arts with financial support from the Arts Council of England and zeroculture

WHAT OUR AUDIENCES HAVE BEEN SAYING
“Hypnotic”    "mesmerising"

"..thank you for another utterly stunning performance ..evoked so many emotions"

"Stunning performance... What clarity of movement, what artistry from the musicians and Amina, Astonishing!"

"Very, very occasionally there is a performance where the boundaries of the form are transcended and where there are subtleties and stories and emotions portrayed in a way you have never seen before" 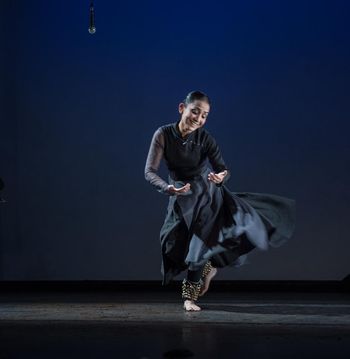 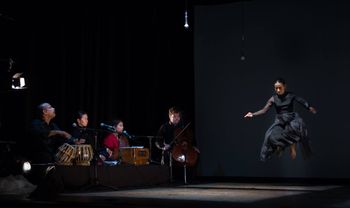 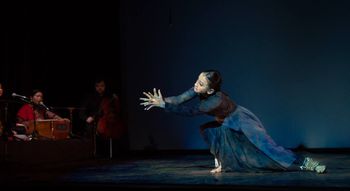 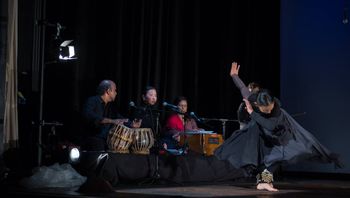 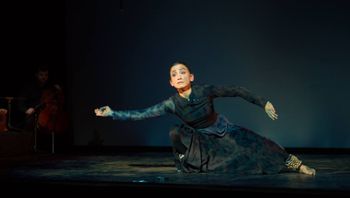 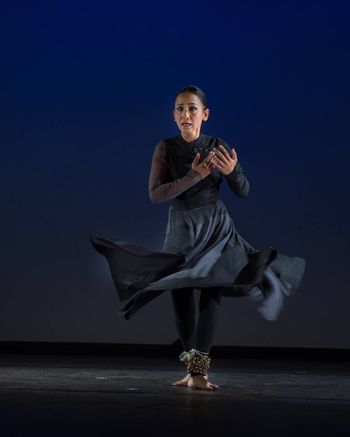 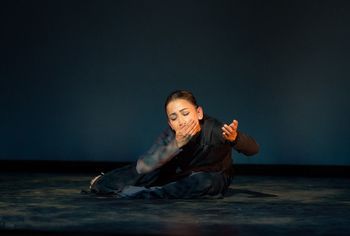 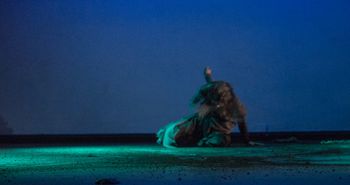